If you look at everything you do as a science experiment – instead of “Custer’s Last Stand” – you’ll never fail again. You’ll just test your way to success. 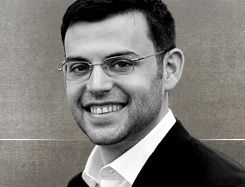 Failure = testing. Sure was a revolutionary idea when I first heard it.

Last year, Benji Rabhan at age 26 was honored by President Obama. He made the Empact100 List one of the 100 top young entrepreneurs in the US. Benji is one of my esteemed Roundtable members.

Abraham Lincoln was a great president and obviously an intelligent person. But I remember a quote attributed to him, something like, “If I’ve got one hour to chop down a tree, I’m going to spend the first 45 minutes sharpening the .”

That’s smart, right? It is, but I see that as an older way of thinking and too risky. Here’s what I would do instead:

If I had to chop down a tree and the tree was important, I’d sharpen the for 10 minutes and try it on a smaller tree to see how much sharper I needed it. Then I would sharpen until I was positive it could knock down the big tree in few swipes as possible.

I may even finish before the hour is up and go grab a beer.

Please don’t miss the importance of this. SPEED is everything in 2013. The reason Google had to buy YouTube – instead of just coasting along with “Google Video” (remember that?) was YouTube let people post instantly instead of waiting 3 days for approval. Speed ended up being worth a couple billion dollars.

Speaking of speed, Benji possesses a rare gift for knowing how to build landing pages that persuade visitors instantly – before they read a single word. Benji knows where “reader-lazy” eyes go first, where they wander, and what your pages communicate in that first fraction of a second.

His book includes key insights on page design. It ranges from his philosophy of success and failure, to “Test before you test,” to his Conversion Rate Optimization formula, to the Double Funnel technique.

Not many guys charge $1,000 per hour for their time. This book offers you years of Benji’s time for ten bucks. Grab his book on Amazon:

“Failure is Obsolete” – now being released for the first time.